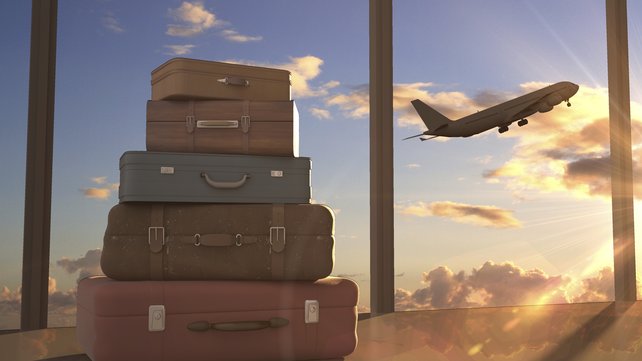 RTE aired a documentary last night called ‘Departure Day’.   It followed a number of people who were in the process of emigrating to Australia.  It was a moving film as all the people leaving the country would have preferred to stay but could see no future for themselves or their children in Ireland.
You can watch the fil on the RTE player here.

Two things stood out from me that were not emphasised in the film.

There were a number of young tradesmen featured. In the interviews with the young men and their families it was apparent that they thought they would never return to Ireland again. The parents of these young men were particularly heartbroken at the prospect of never seeing them again.

The fact is all these young men were traveling to Australia on a 1 year working holiday visa, so there was every chance they would be back in Ireland in 12 months. They could possibly extend their one year visa by another year if the do 3 months of work on a farm or if they work in a regional area of Australia.

Unless they get sponsored by a business or find some other way of gaining permanent residency they will have to return to Ireland within a maximum of 2 years.   Some will undoubtedly remain on illegally but he Australian govenrment takes a harsh view of anyone who overextends their visa and doing this will seriously jeprodise any future hopes they might have for permanent residency.

There has never been an American style amnesty for illegal immigrants in Australia.

The second thing that stood out was the number of people in the film who said they felt like they had almost left it too late to emigrate.  They had waited so long in the hope that their situation would improve, that some work would turn up, that by the time they began the process of obtaining a visa their chances were substantially diminished.

This is something I see on a daily basis.  I regularly have to tell people the bad news that they have left it too late.  They have been out of work too long or they don’t have the financial resources or their occupation is no longer in demand.

This is something that can be avoided.
What most people don’t realise is that gaining a permanent residency visa takes time, anything from 12 months to 2 years in some cases. Then once the visa is granted there is a 12 month period in which you can activate the visa.  Gaining a visa to work in Australia gives you the option to go it doesn’t mean you have to.  It gives you a choice.

If you are considering working in Australia I would encourage you to get in touch sooner rather than later to begin the process.